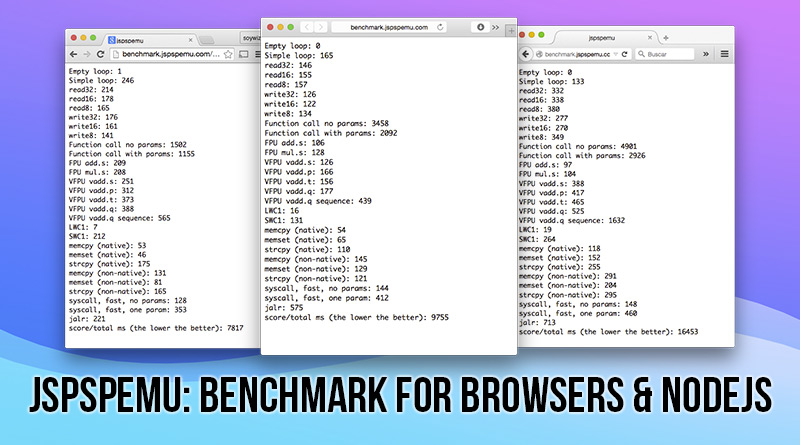 I have created a benchmark that allows to test several javascript engines. You can check it here:http://benchmark.jspspemu.com/v1/

Also now you can run the benchmark from node:

This allow you to run any PSP program and see the output it produces using the stdout, also the host process exists when the guest exists. This should run with any node version in any supported host architecture including arm, mips or x86/x64. 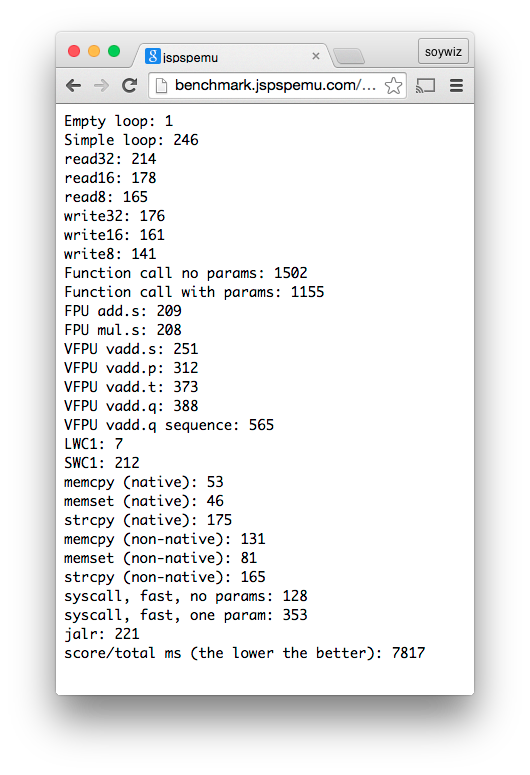 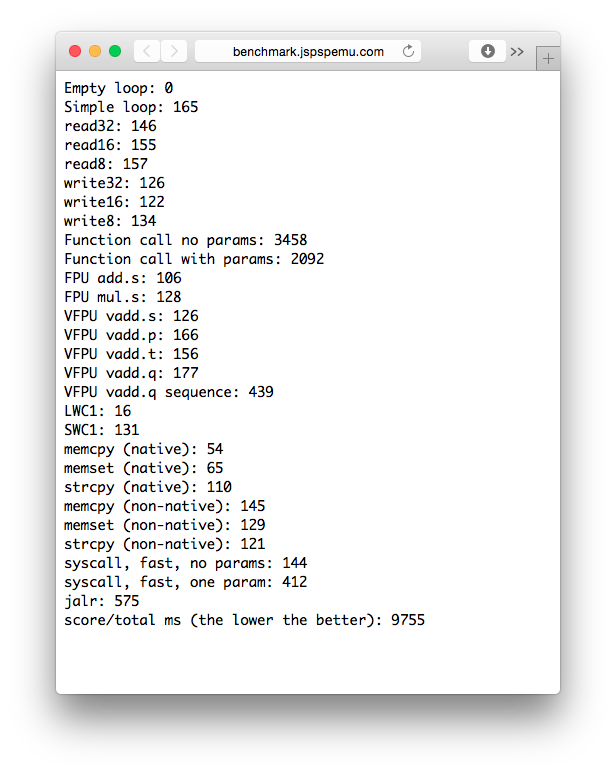 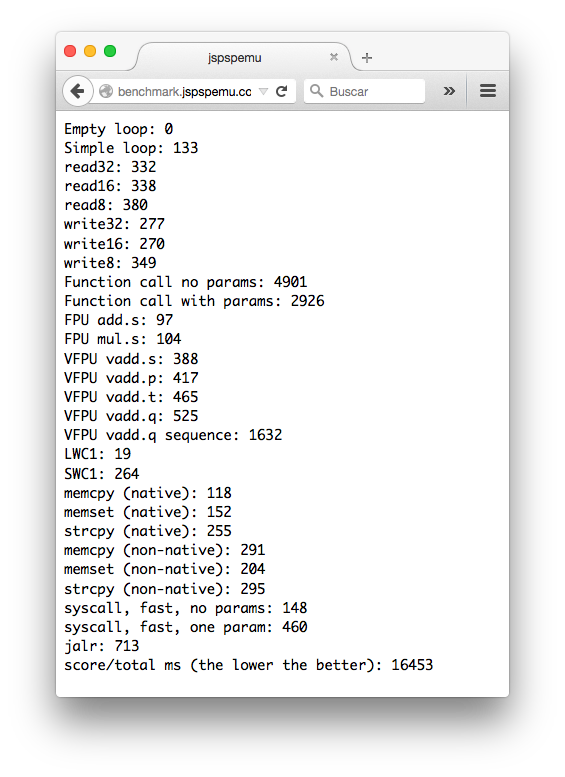 Internet Explorer and Spartan are known to be slower for this version. Opera should behave as Chrome, since it uses V8 as javascript engine.

The idea behind this benchmark is to test how browsers/javascript engines are optimized for the emulator (at this stage). After a few seconds it generates a score, the lower value, the better.

The first version of the benchmark tests the emulator’s cpu as it is today April, 9th 2015. Featuring:

So there is plenty of room for optimizations. The v1 of the benchmark is freezed so we can compare javascript engines. And will be able to compare with newer versions when optimizations are done.