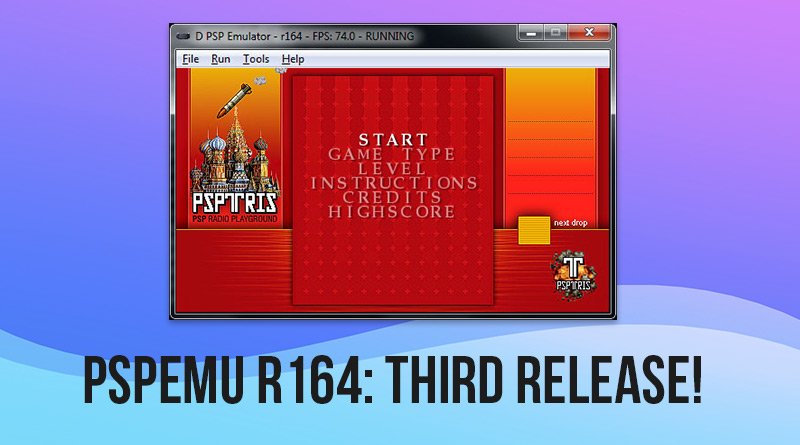 After several months, another release of this emulator with a buch of new improvements:

Again, can’t load commercial games, but have much more compatibility with homebrews.

Also, I have created a mini project similar to luaplayer but with the squirrel language. I didn’t release it yet, but you can test it in the svn: /extra/squirrel. It has automatic background resource loading. 2D Sprites/Bitmaps+Slicing, TileMaps+A* Pathfinding, IntraFont and Sqlite database. Enjoy.

As always you can follow the changes from google code and download the D Pspemu r164 build for windows.