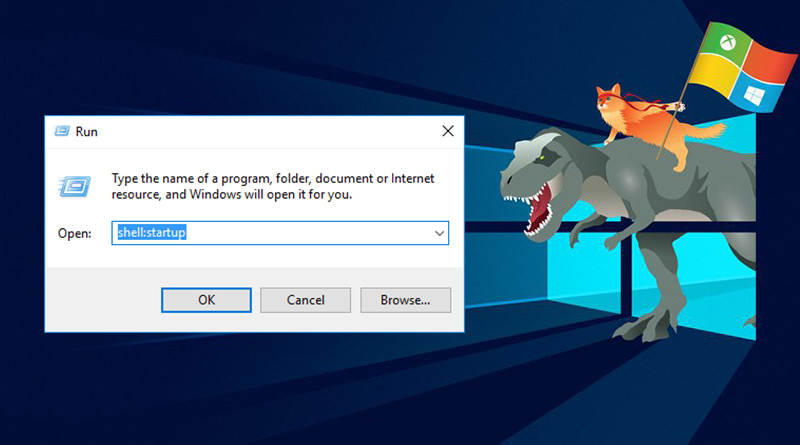 Older versions of Windows had an Startup folder easily accessible from windows start menu. But that’s not the case of Windows 10. That folder still exists though. And you can access it running “shell:startup” shell command, either from Task Manager -> File -> Run new task -> shell:startup, by right clicking windows icon and pressing Run, or by using explorer executable using a terminal and typing explorer shell:startup. 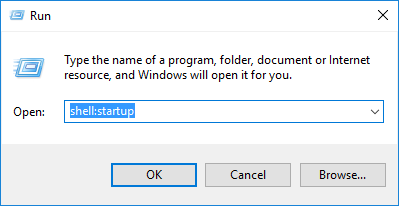 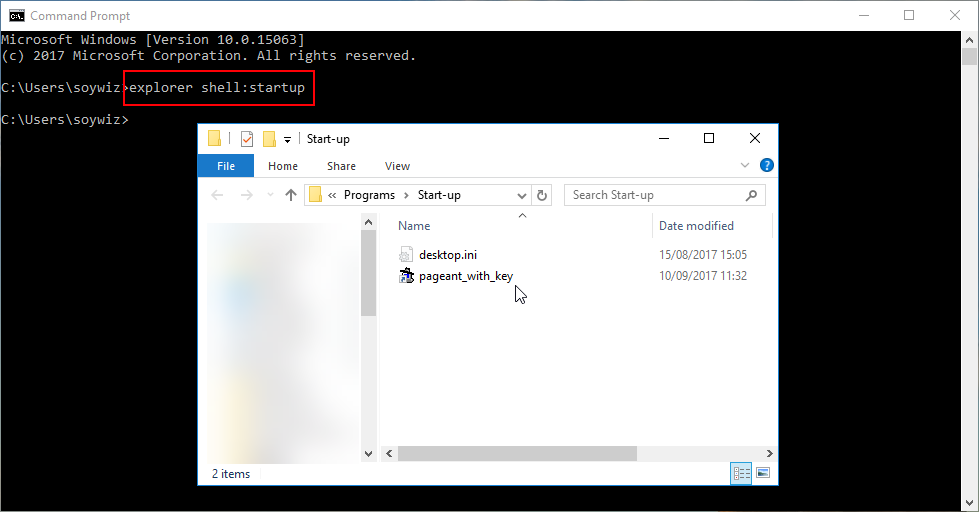 As an additional trick, you can customize your shortcut to include arguments. You can for example run pageant at startup specifying an encrypted private key at startup for convenience. 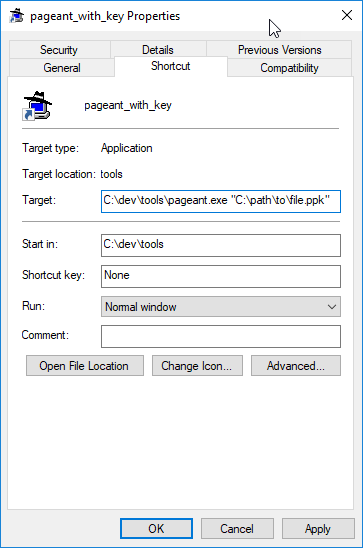