I did a cube 3D puzzle for the Apple Watch and it was published this monday.

It has been done using Swift, XCode and SceneKit. This one served as a practice for the SceneKit API. I also did a macOS version, but that one is not published.

I did several variants of the icon. Initially it was just a screenshot of the game. But the Apple Watch icon was too small to allow to identify correctly the 3x3 cube. So I did a 2x2 version of the icon, and simplified its shape to be monochromatic in the Apple Watch. The icon iPhone companion app is more colorful. 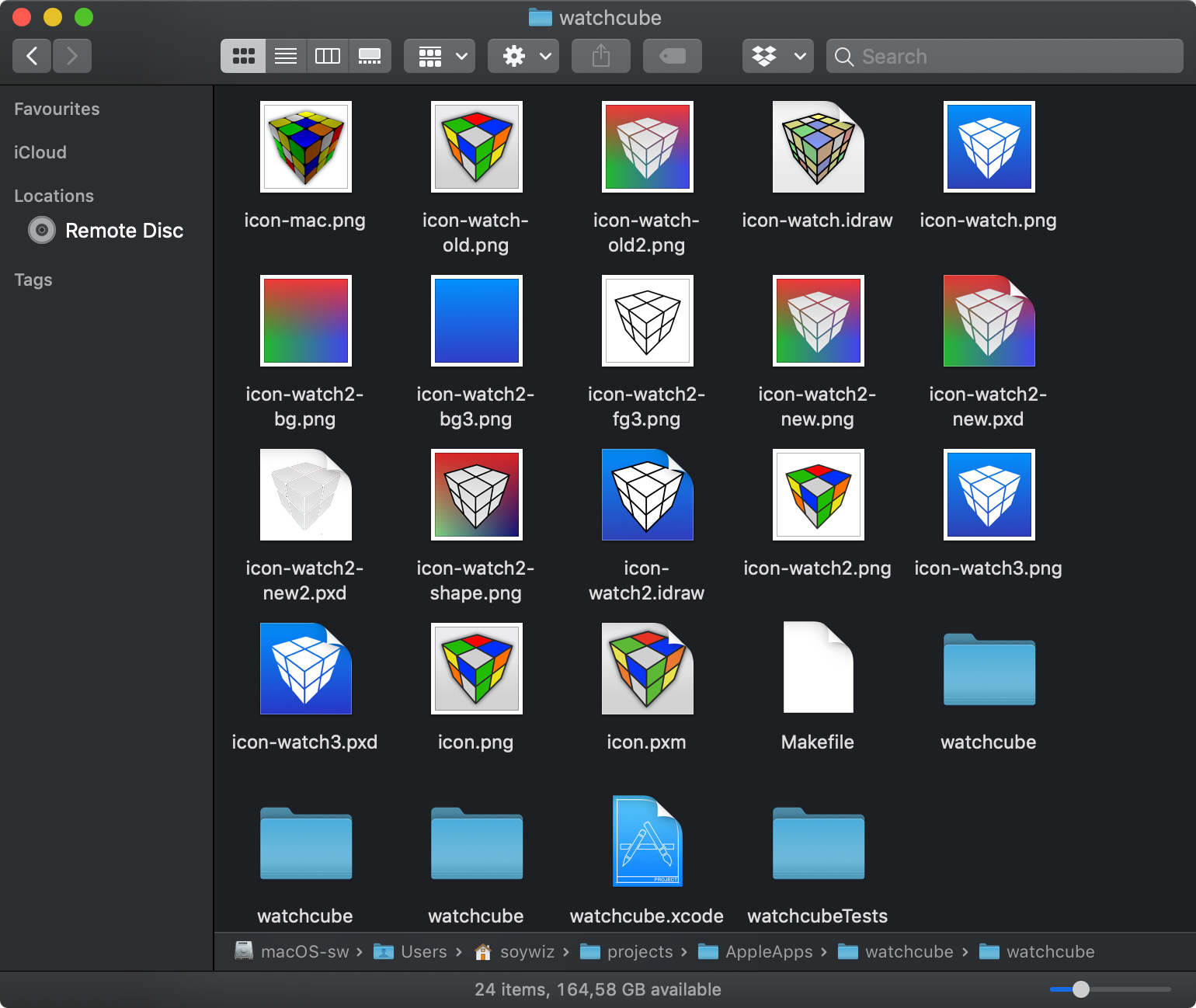 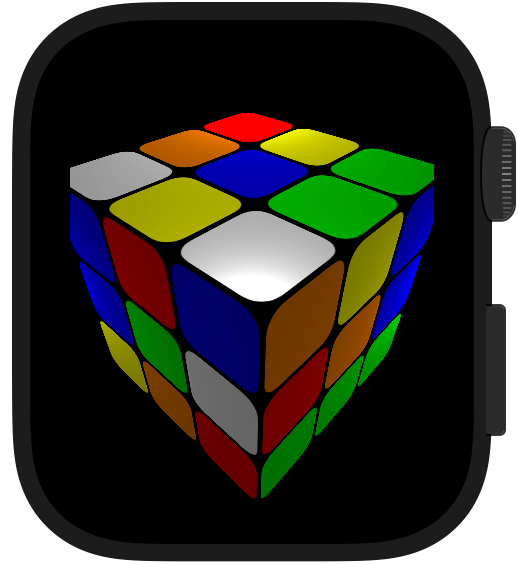 This first version just includes a 3x3 cube. Next version will include a 2x2 cube, scores and number of movements / timer.